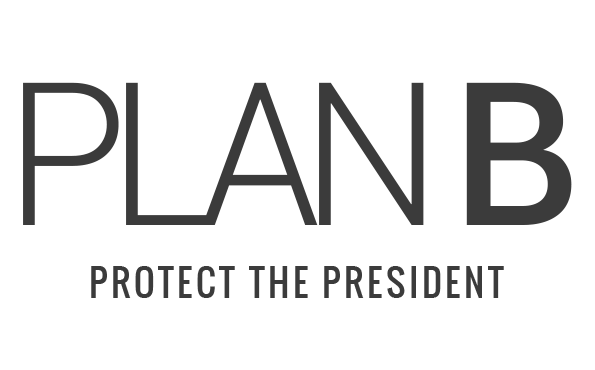 No DJ at the moment 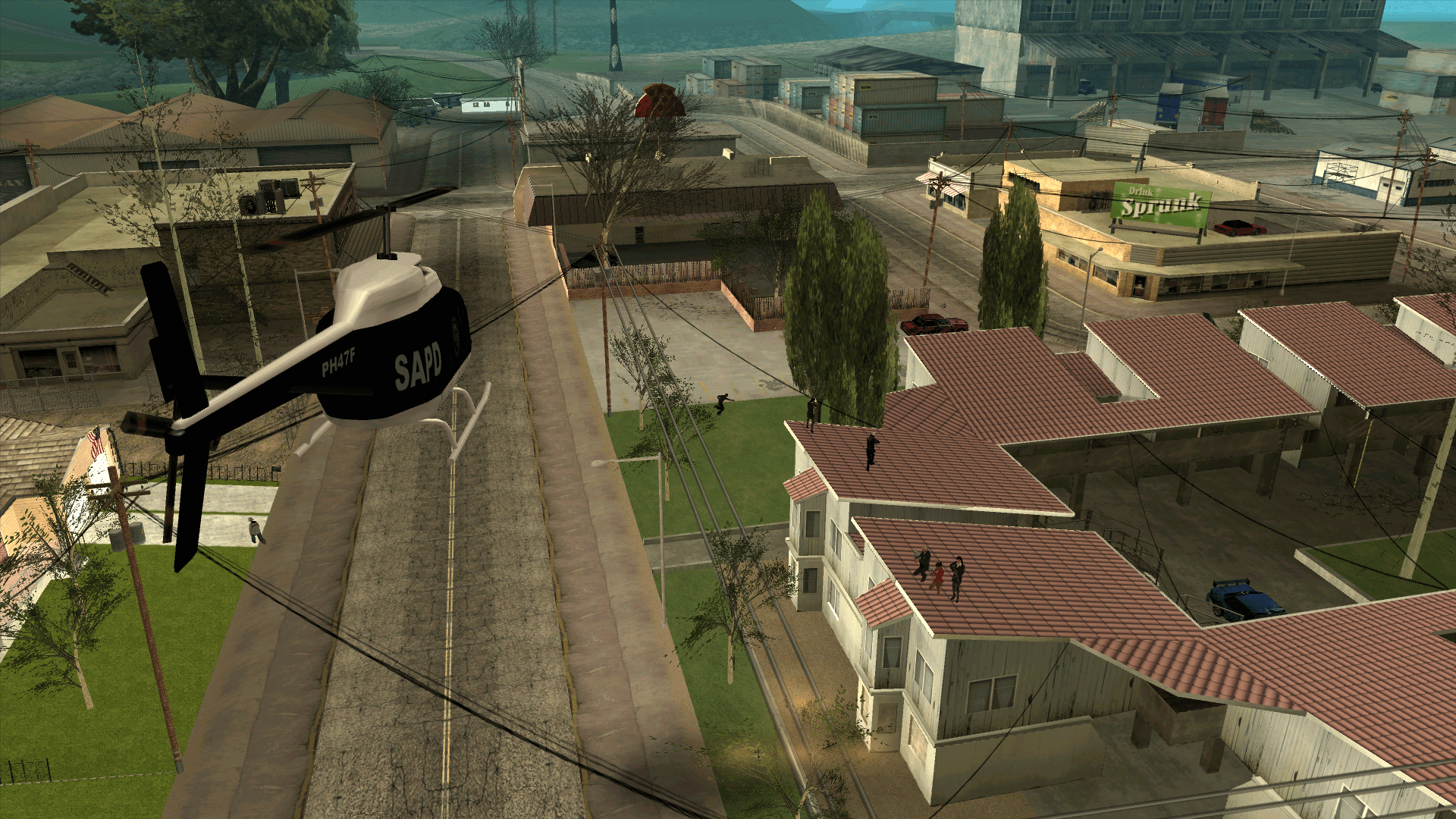 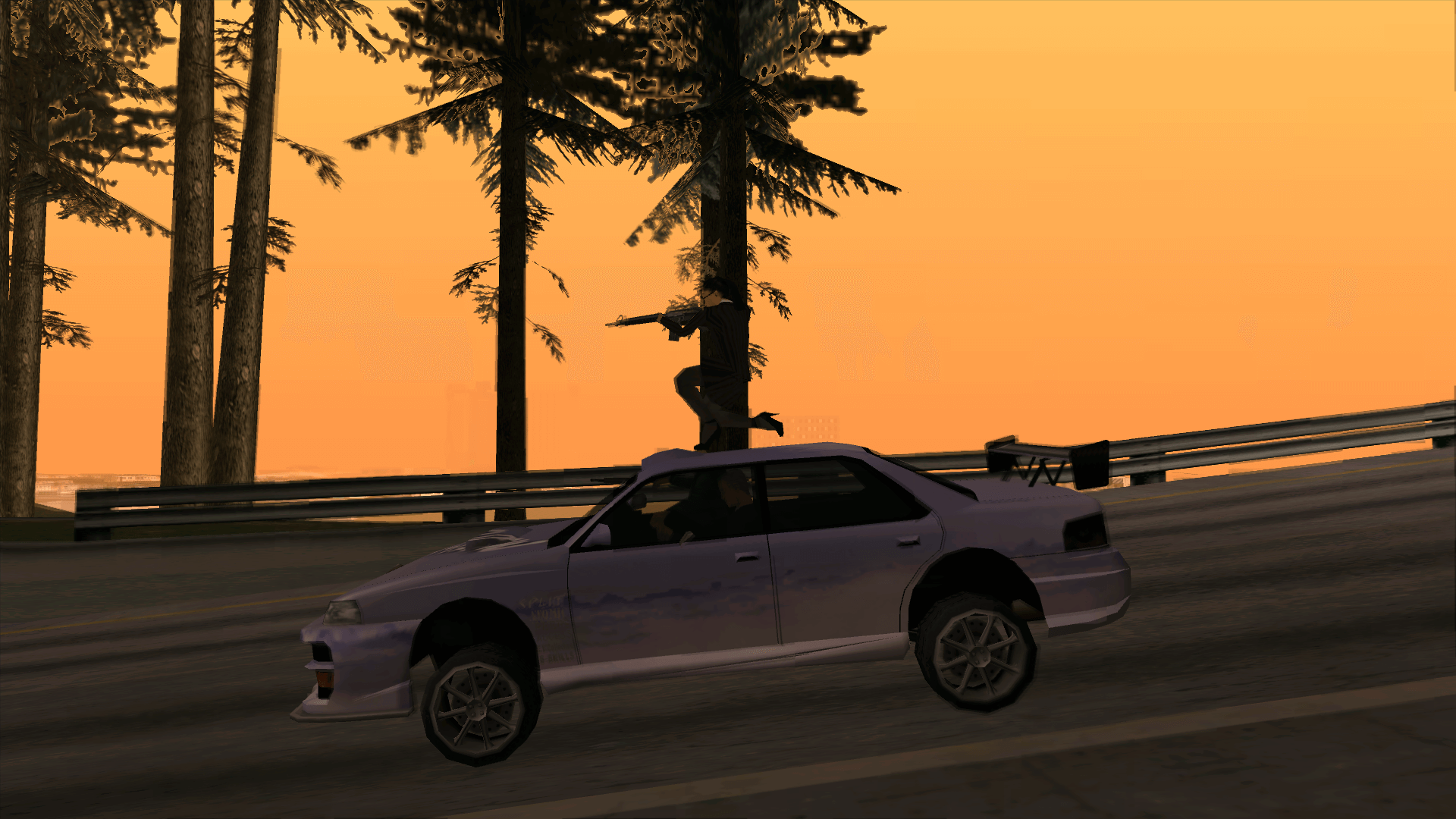 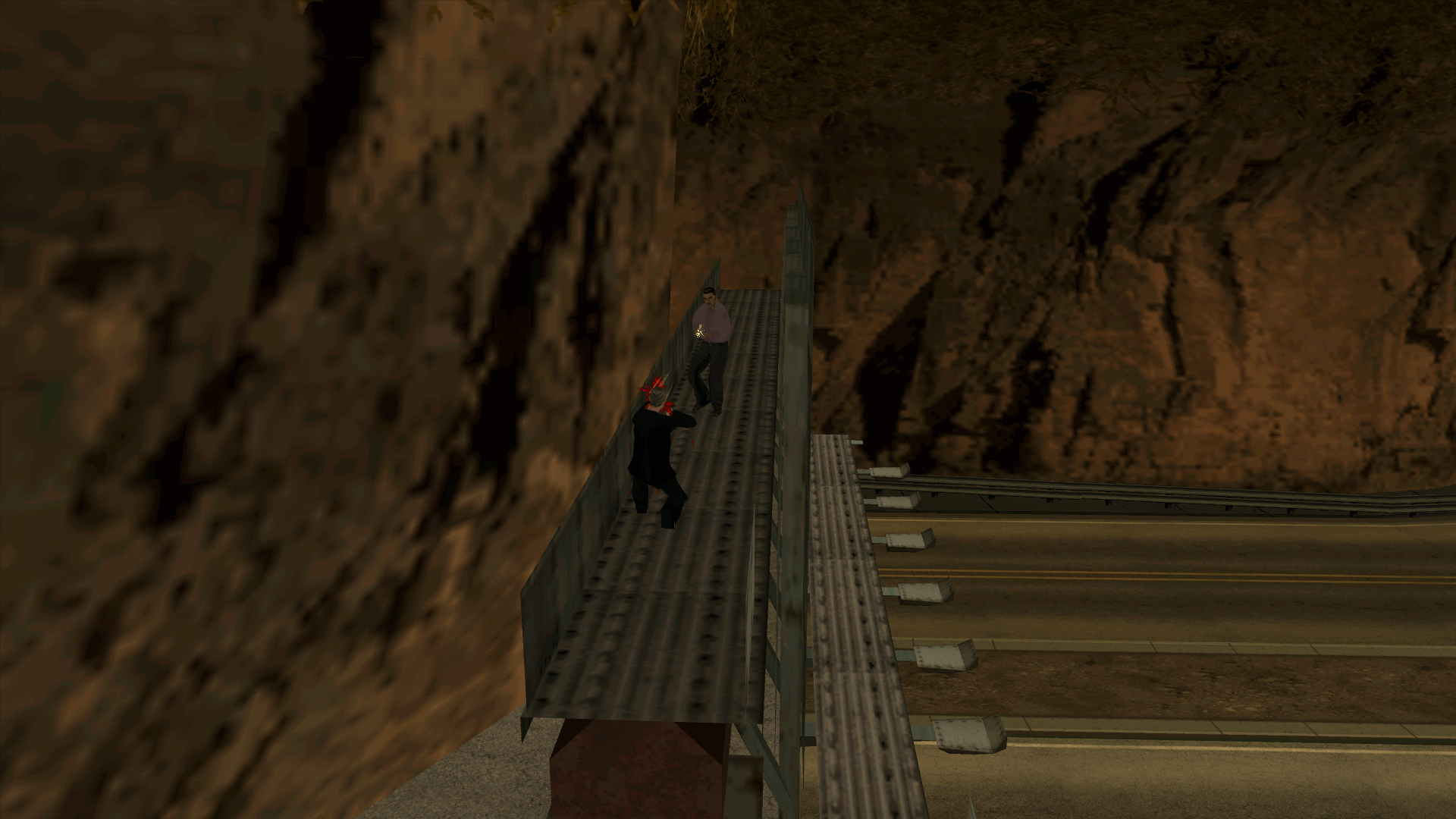 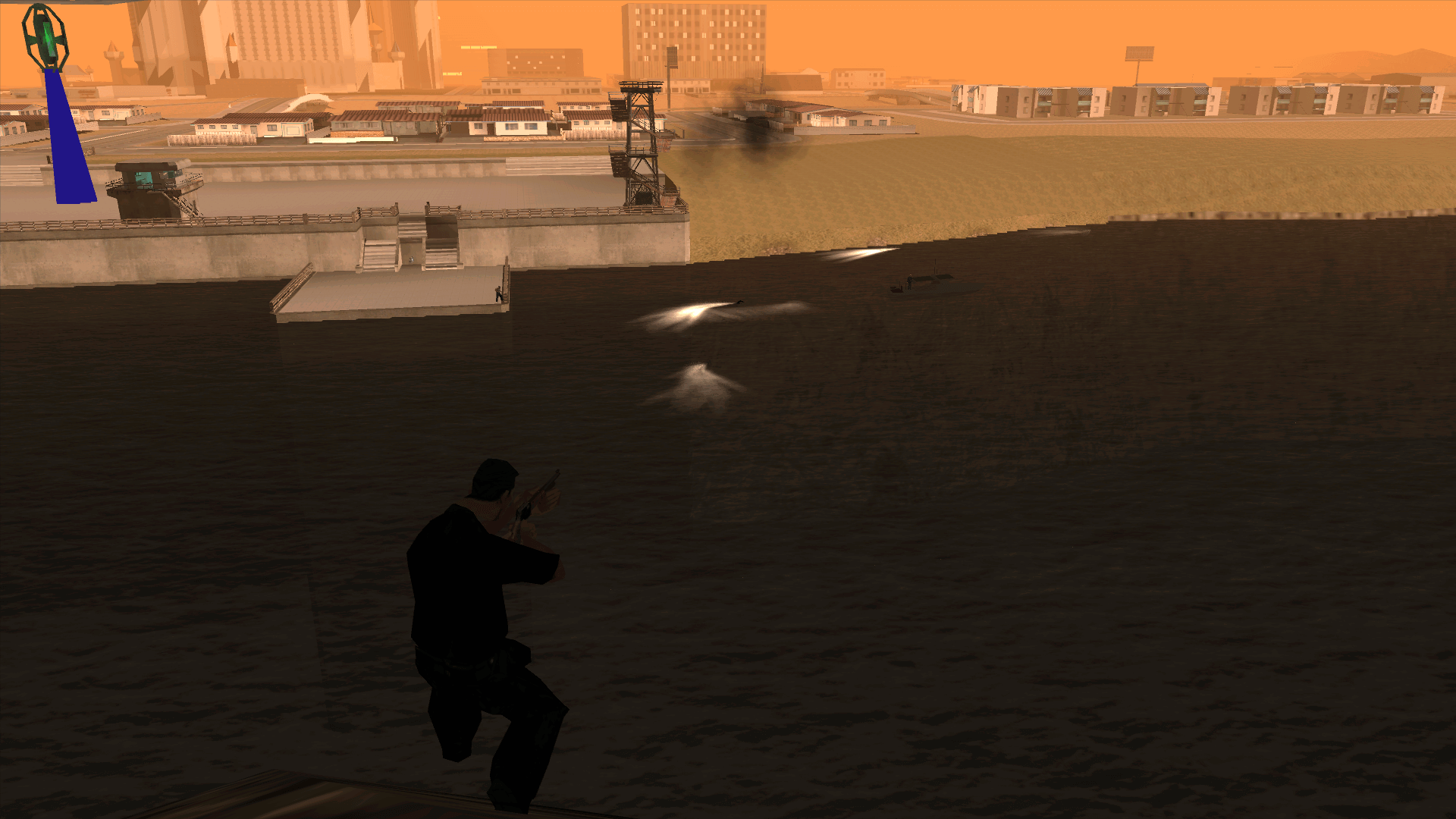 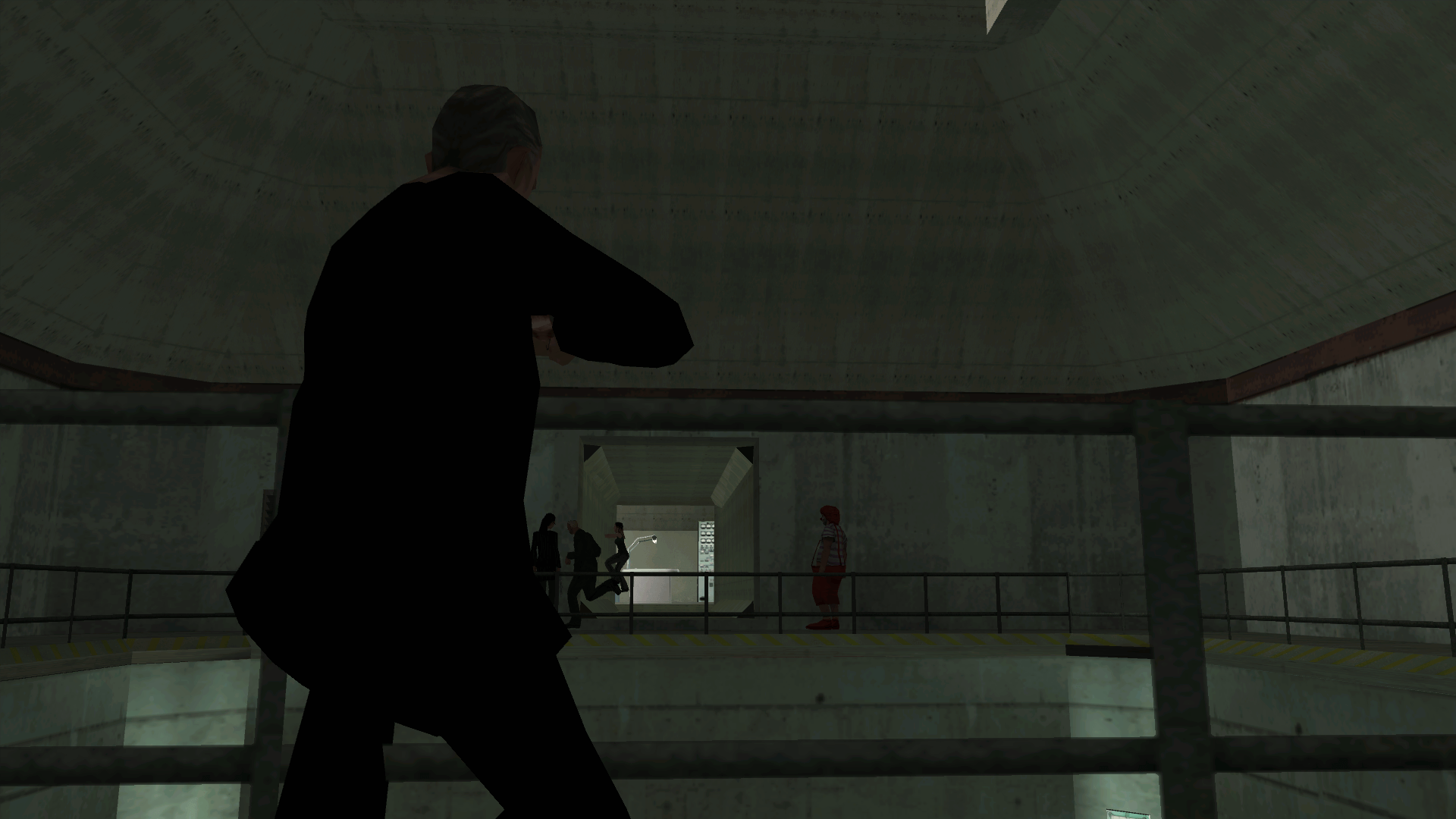 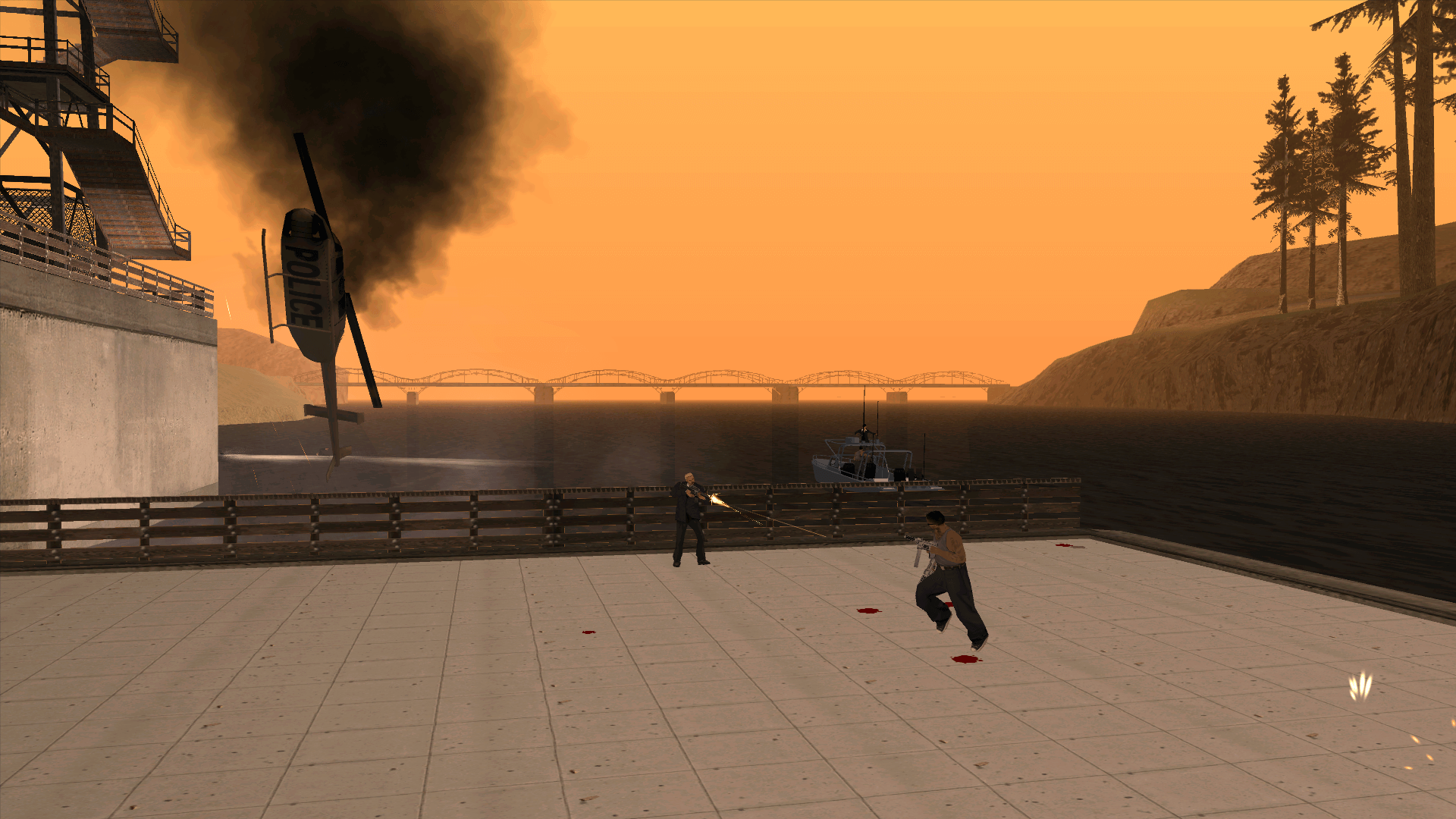 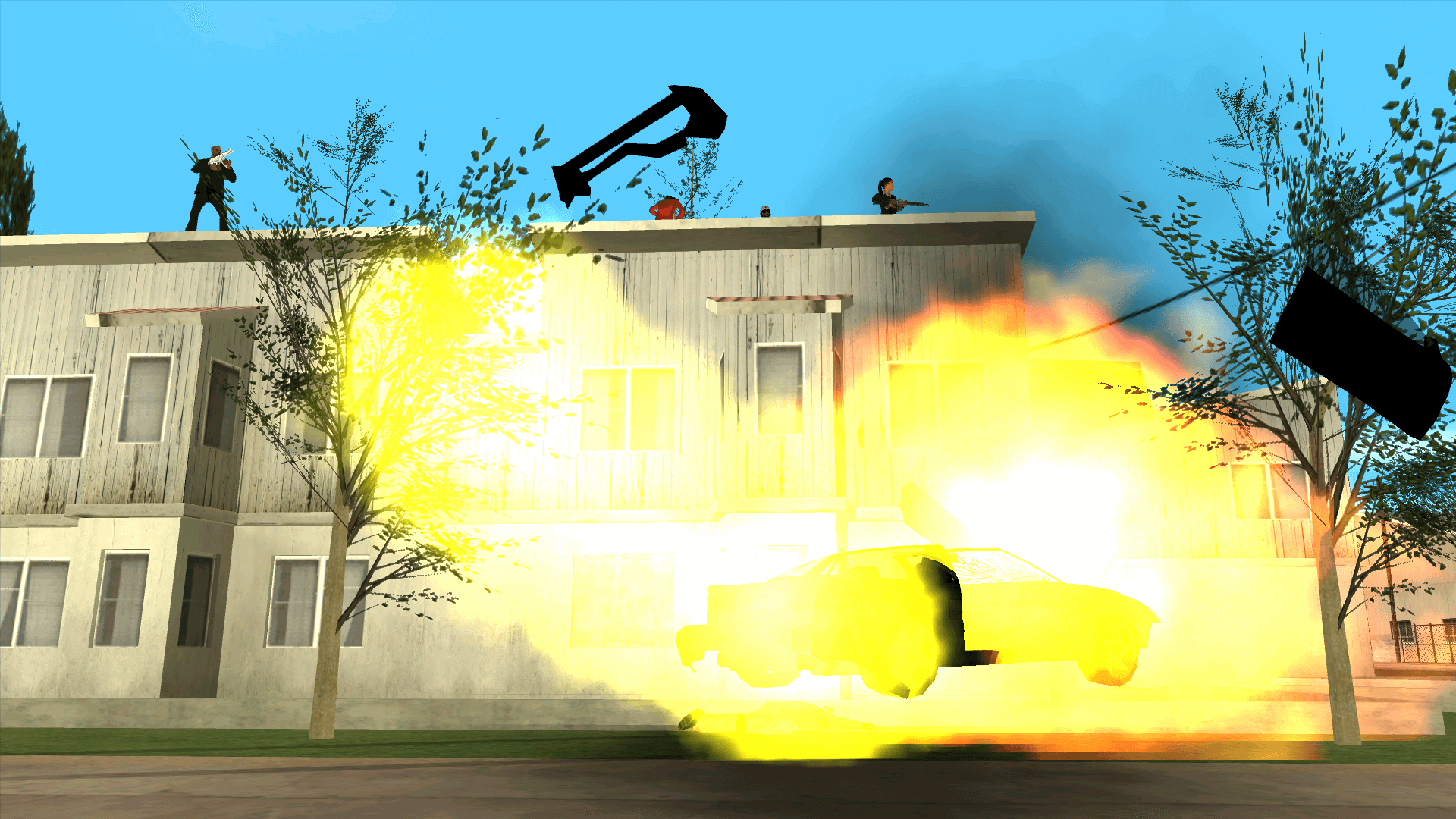 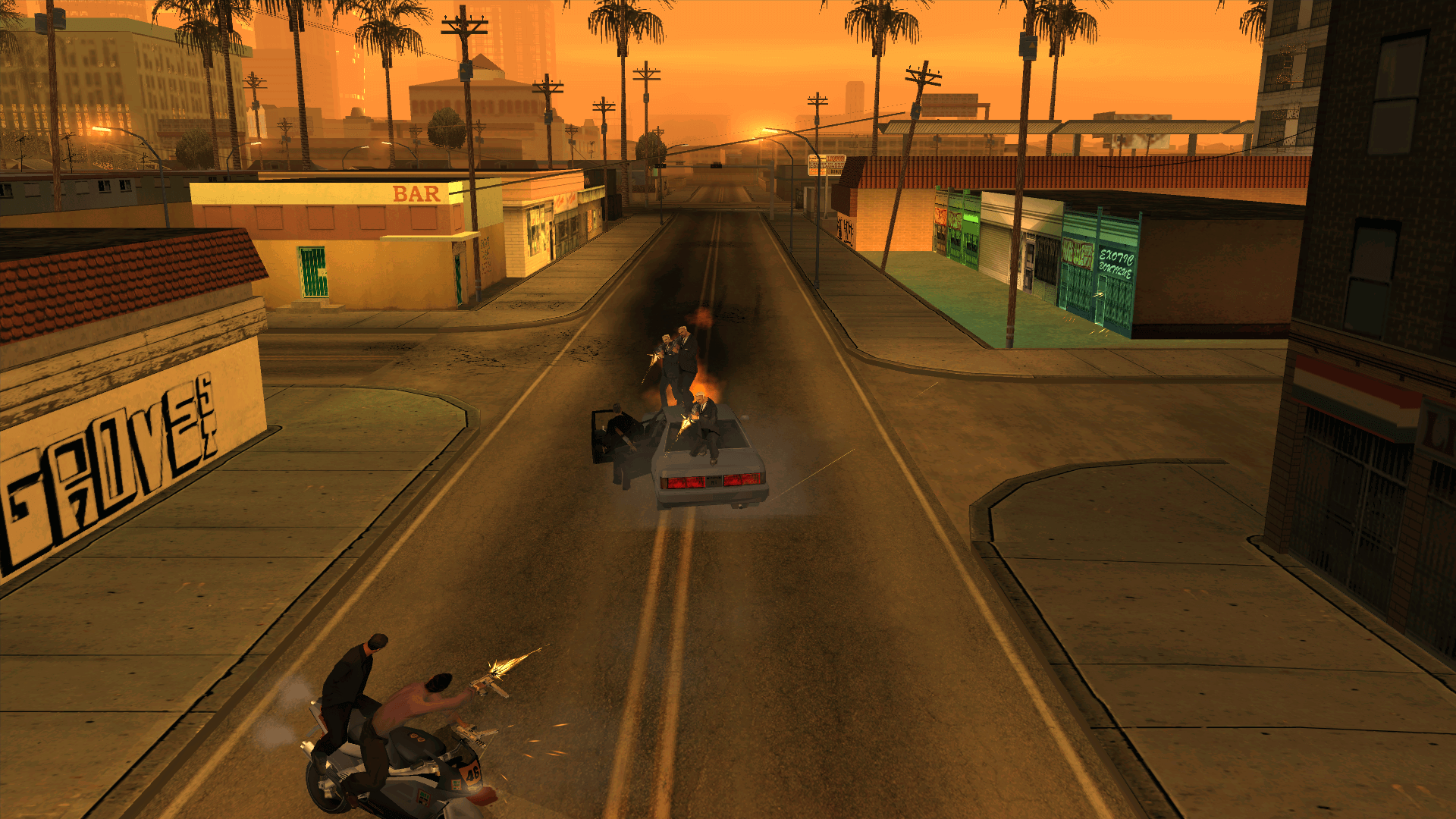 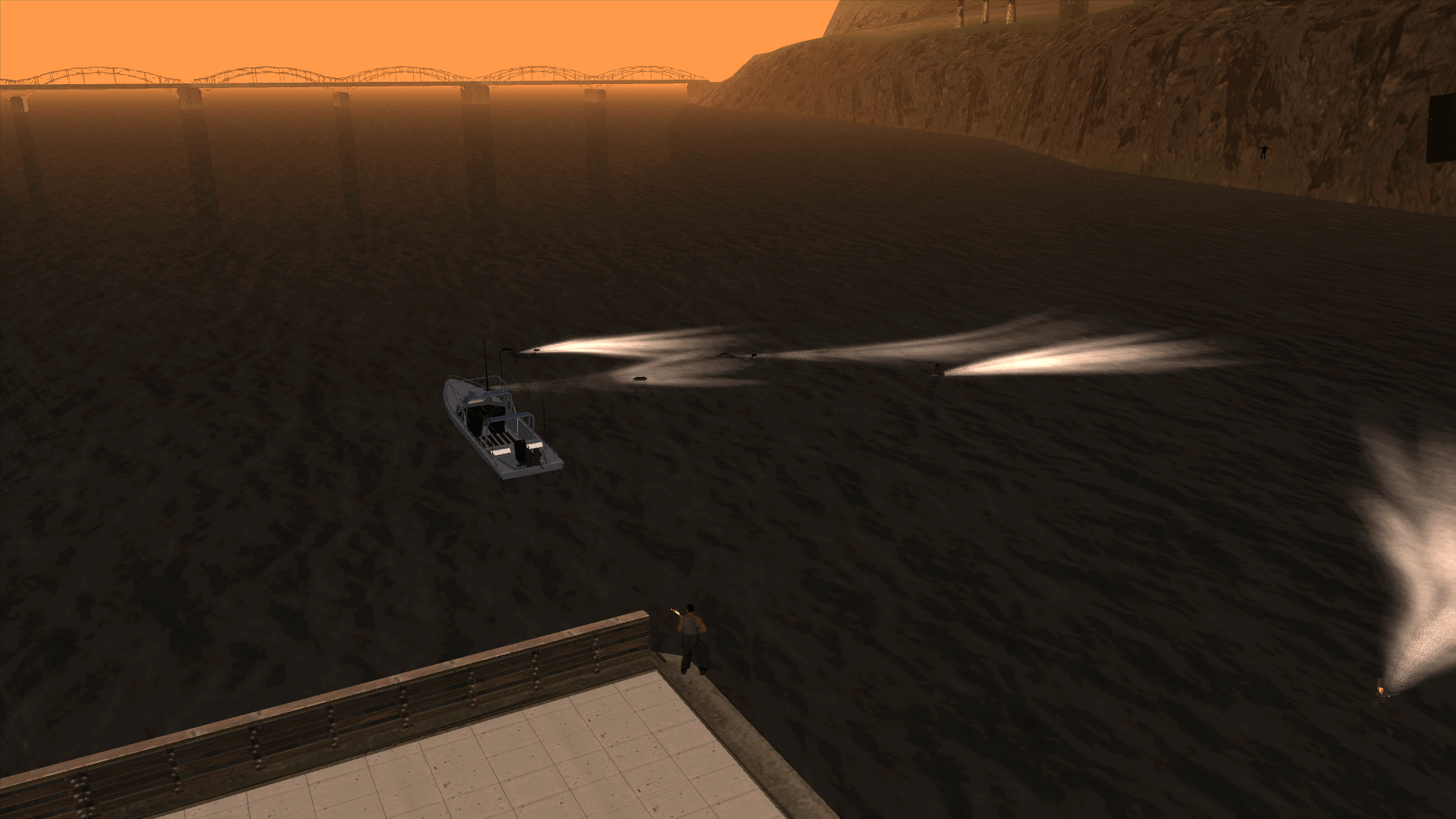 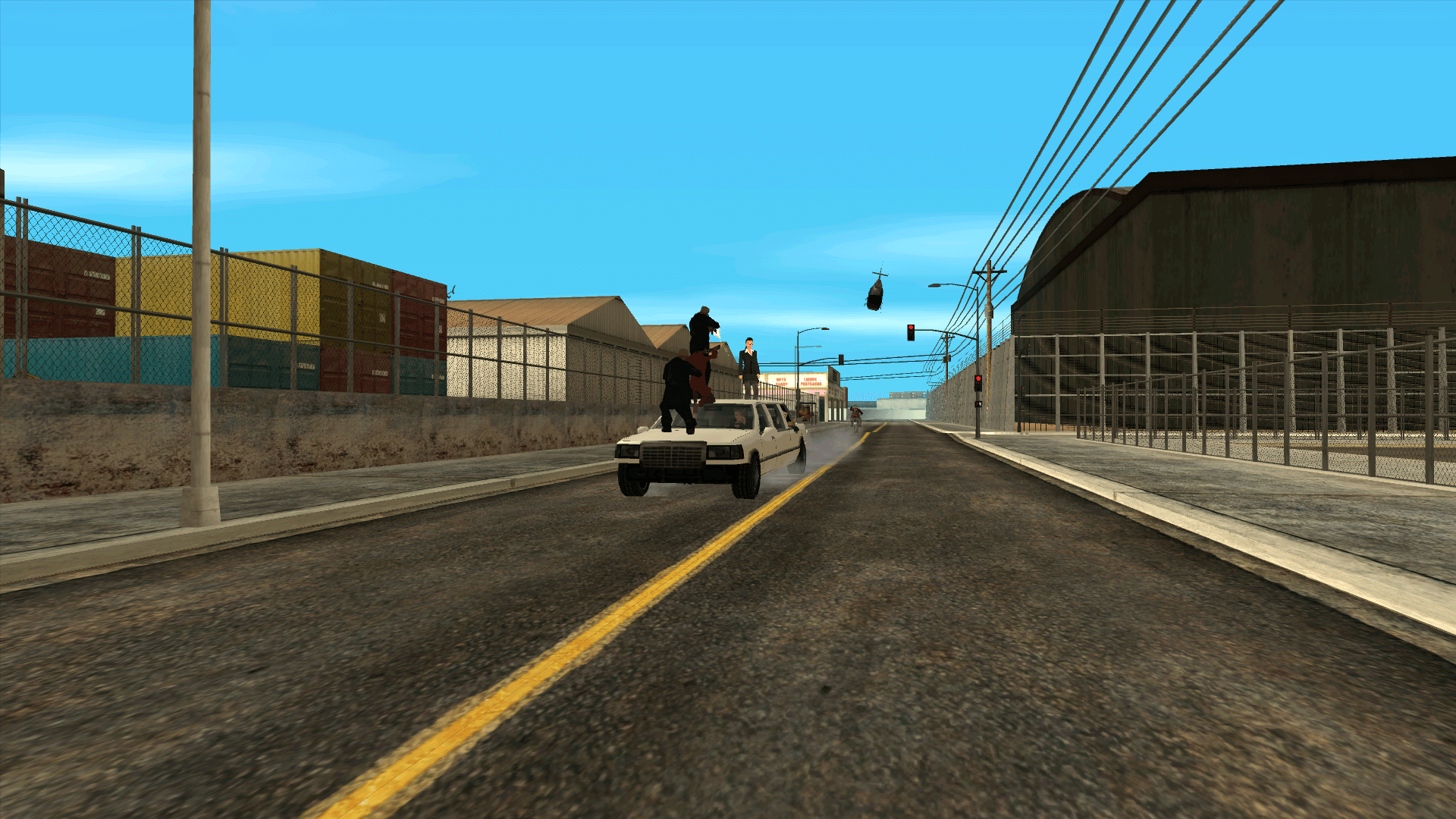 Recent downtime and other updates

As everything is pretty much back to normal now, I want to give some more insight on what exactly happened and why the server was down. First of all, I want to apologize for taking this long to make this post (and for the downtime of course), but the last week has been very hectic. My priority has been to fix the server, and there was a lot of bugs that still had to be fixed because of the move. We tried to give the most crucial information through as many communication channels as we have, so people were still able to play while we were working to fix stuff. So, if you're not part of it already, feel free to join our Discord or IRC, you can always reach a staff member there in case of any downtime:

Now, on to what happened. Saturday night, when the server was empty, I tried to do an OS upgrade on the server (where the forum and website also run on), since it was running on a pretty old system. This should have been a pretty straightforward upgrade, and since the test server was already working on the newer OS, I figured it wouldn't be that much hassle. The upgrade went wrong somewhere, and the server couldn't be reached anymore. So, after a while of trying to figure that out, the only solution that was left was to reinstall the server from scratch on the newer version of the OS. That worked, and I even got the SAMP server to start back up, but it wouldn't let any players in. You were able to join the game, but would just time out after a minute. At that point, it was 7am on Sunday, so I decided to go to sleep. On Sunday, I continued to try to figure where the problem was (I'm guessing it's a plugin that wasn't working as it should be, but it would take a long time to figure out exactly which one it is).

At that point, instead of continuing to try to fix that server, we decided to move everything to the test server instead. The test server is already on the updated OS version, and has been running fine. So, we started to set everything back up at the test server instead. That's the reason why our IP changed. We tried to inform as many people through Discord and IRC (and the forums when it was back up), so people who wanted to, could play again. We advised people to connect to planbserver.com:7777 as we can point that domain to where the server is. In the meanwhile, we have been able to migrate our original IP to the new server, and you can connect back through the original IP. Again, planbserver.com:7777 should still work, as that's pointing to 37.187.196.107 again (it won't work if you have the original IP in your list as well). I've put in a request to change the hosted tab to the original IP again, I'm hoping it will be changed by tomorrow.

For the rest of this week, I've mainly been busy fixing bugs due to the various software upgrades we had now, and setting everything back up the way it used to be. Most of the bugs were web service bugs (website/CP), so if you still spot a bug, please let us know!

We took a backup right before the upgrade on Saturday night, so there shouldn't be any loss of data (meaning: you won't have lost any stats).

Now, on to the updates. It's been a while since I made an update topic, so you'll notice a lot of these have been in the game for a while.

Right now, we're working on integration with Discord. So pretty soon, Discord will be an alternative to IRC, and you will be able to talk ingame through there. As for other updates, there's a very long to-do list (see the suggestions section), so we're counting on your feedback to pick some interesting ones to focus on. So, let us know which suggestions you would like to see ingame, and hopefully we can bring this to the game in the next update!
5
535

The last few months we have been working on integrating a new damage system. This is something that we've tried a couple of times already, but we always ran into a lot of problems making it work with all of our scripts and systems, and put it aside. Now we've finally found the issue, and sorted it out to make it work.

The damage system we've implemented is called weapon-config (Click for more information). What it does is basically make the health server sided instead of client sided. That means the health and armour you'll see from now on, isn't your real health, but what the server thinks your health is. Basically, you will never actually die or lose health, it's just simulated by the server. If you're using visual mods, such as a custom health indicator, you might notice some 'weird' behaviour with it, but don't worry about that. The new health bar is the only thing that counts from now on.

This damage system introduces a lot of advantages and fixes. First of all, having server sided health, means that health or armour hacks are no longer possible (they won't have any effect). The same goes for any type of damage mods. Being sniper bugged is also not possible anymore. Paused players can now be damaged and killed as well. Any type of wrong shooting data will be rejected by the server automatically (such as out of range shots, shooting too fast, ...). Overall it should just handle damage a lot better than the normal SAMP system.

This did mean we had to change some things in order to make this work. The most notable change will be the pickups. They used to be client sided, but now that's not possible anymore. In order to make them work correctly, we can't 'hide' them anymore after you pick them up (pickups are global, they can't be hidden for just 1 player). Simulating the respawning as it used to (so respawning after moving away a certain distance), is also not possible, since that will require too many checks. So, the solution we have now is putting a timer on it. You can pick up health or armour again after 3 minutes (this is per pickup, so going to another pickup will work).

You'll also notice your hitsounds might have changed, you can update it with /hs (you can turn on taken and given hitsounds now, team hitsounds are no longer possible). For the taken hitsounds, be aware that it's a very subtle sound (it's not broken). We've also added an indicator for spawn protection, as the health will no longer be flashing.

We've been testing it extensively, but there still might be issues or weird things popping up. If you notice a bug or something else, don't hesitate to make a bug report. I know this might not seem like a big update (behind the screens it was), but we hope this will result in a much better fighting experience.

Since I've been very busy with work lately, and don't have a lot of free time anymore, we're making some changes. We're shifting some level 5 responsibilities to admins, so they can take care of it, instead of having to wait for the level 5s. The following responsibilities can now be handled by admins (level 4):

We hope this will speed up some administrative tasks, and end up in less waiting time for players.

We are also releasing our admin policy (https://planbserver.com/Admin_policy.pdf). The goals of this document are the following:

We are asking for your feedback, thoughts and further questions, for example on things you think should still be included, so this isn't a final version yet. Once it's final, we'll integrate it in the website as well. We hope this document clears up a lot on how our staff team operates.

Now, while I might not have as much time anymore, the upside of this is that I do not have to depend on VIP purchases to fund the server anymore. So, we decided to make chainsaws and snipers available to everyone (using /saw and /sniper). We hope that a bit more of a level playing field will attract more people to the server. We will be lowering the price of VIP from 20 to 10 EUR. For the people who would still like to help out and donate, we've set up a Patreon: https://patreon.com/planbserver. We chose for this platform as it allows us to be transparent with the donations that are coming in, and it provides a lot of the paying options that were requested before. This is only for donations, this means you will not get anything in return.

As for the ingame updates, here's an overview of what has changed since the last update:

UPDATE 19 March:
Adding to the staff changes mentioned here already, we're also promoting 2 new level 5s: Nikola and Quido. They will support us in managing the server. Their responsibilities are listed in the admin policy, so if you need anything from them, feel free to ask!
87
12670
More news...